Instabilities in flows at large Reynolds numbers are among the founding themes of LadHyX that have largely contributed to its international position in the field. The laboratory has implemented innovative concepts and calculation methods that have had an impact on the community, particularly in non-linear dynamics and optimal flow control.

Macroscopic flows correspond to large-scale configurations such as those encountered in air transport to ocean-scale flows.

Finally, jets represent an important component of the research conducted from the point of view of instabilities, in particular hot jets, instabilities in flames, jet noise or streaks in the jets. Optimum control at the nozzle level is an interesting field of application, for example to facilitate plume dispersion. 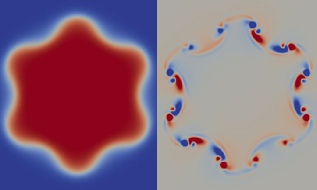 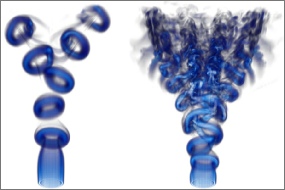 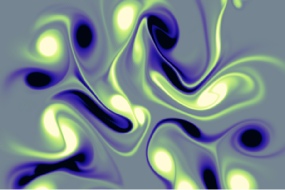 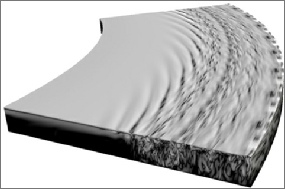