Microscopic flows correspond to very small configurations, of the order of a few micrometers. The associated Reynolds numbers are small or even very small and the influence of viscosity forces is therefore preponderant.

Although there are natural microscopic flows, such as blood capillaries, microscopic flows are often associated with artificial devices, including suspended particles, for which the interaction and contact forces involve complementary disciplines of mechanics: chemistry, biology, magnetism in particular.

LadHyX carries out theoretical, numerical and experimental research on these particle flows, developing models and numerical methods for the study of collective dynamics, large-scale simulations, active suspensions, colloidal particles, phoretic particles and the Navier slip condition. In this context, research in magnetohydrodynamics is applied to the purification of liquid metals.

Since 2003 LadHyX has also developed a strong know-how in microfluidics, particularly experimental, around drops, from their formation to their capture, as well as on the stabilization of bubbles. 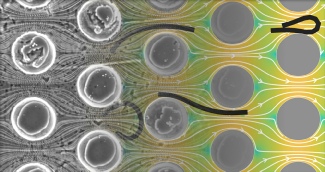 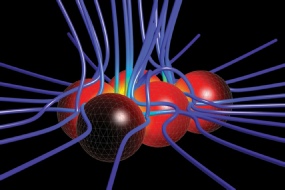 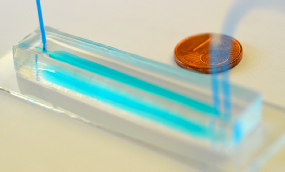