The beginning of research in the mechanics of living systems and bioengineering dates back to about ten years ago in LadHyX and today occupies an important place. It is mainly organised around laboratory experiments under the microscope.

At the cellular level, there is work in mechanobiology and immunomechanics for the micromanipulation of white blood cells and other cells, notably using micropipettes. Other work is organised around blood flow and vascular mechanics and leads to applications for endovascular devices such as stents or biomedical transport systems.

Based on work in microscopic and microfluidic flow, research is also being carried out on the growth of bacteria in drops, the swimming of micro-organisms, three-dimensional cell culture and organoids on a chip.

Finally, more recently, actions in plant biomechanics, originally focusing on the effects of wind on plants and their vibratory characteristics, have been reinforced by research in morphogenesis, using microfluidic approaches in developmental biology. 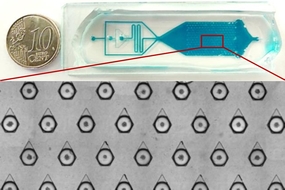 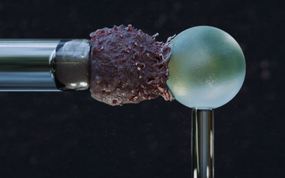 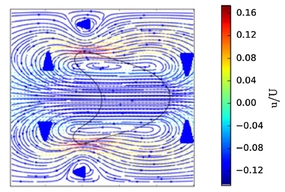